Chanting for justice, thousands of protesters rallied in the streets of Spain and Italy on Sunday joining a wave of global demonstrations sparked by the death of George Floyd at the hands of US police. A video of the incident with Floyd pleading for his life in Minneapolis as a white police officer knelt on his neck has prompted angry rallies from London to New York.

Thousands of people took to the streets of Barcelona, Madrid and Rome on Sunday in support of the Black Lives Matter movement, which has drawn large protests against racism and police brutality around the world. 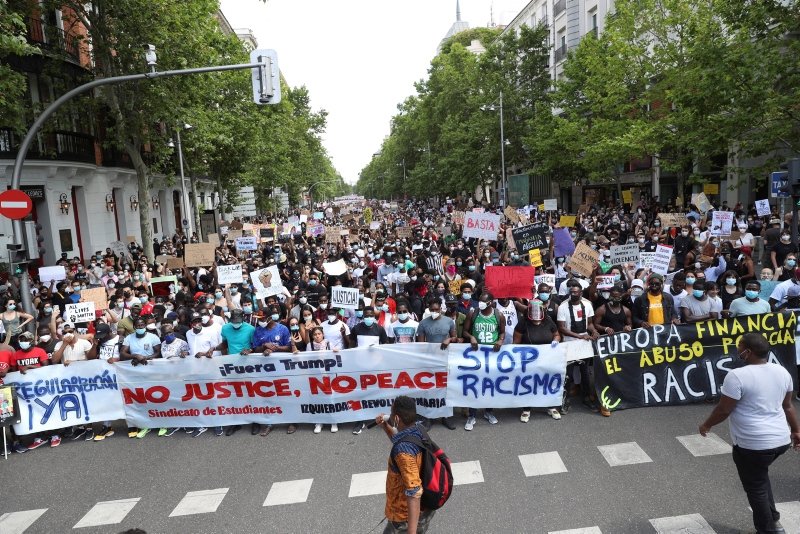 The rally in Rome‘s sprawling People’s Square was noisy but peaceful, with the majority of protesters wearing masks to protect against coronavirus. Participants listened to speeches and held up handmade placards saying “Black Lives Matter” and “It’s a White Problem.”

The rally came a day after largely peaceful anti-racism protests took place in cities from Australia to Europe to the U.S. in response to the May 25 death of American George Floyd. 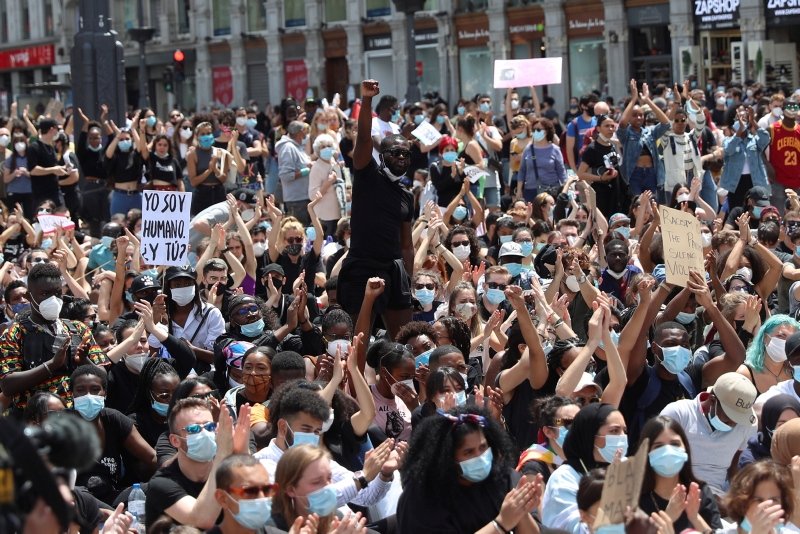 Floyd, a black man, died after a white Minneapolis police officer pressed a knee on his neck even after he pleaded for air while lying handcuffed on the ground.

More demonstrations were being held Sunday across the U.K., including one outside the U.S. Embassy in London just south of the River Thames.

In Berlin, police said 93 people were detained in connection with a demonstration in the German capital on Saturday — most of them after the main rally of 15,000 had ended.

Police said several officers and one press photographer were injured in Berlin when bottles and rocks were thrown from a crowd that had gathered despite police orders to clear the city’s Alexander Square. 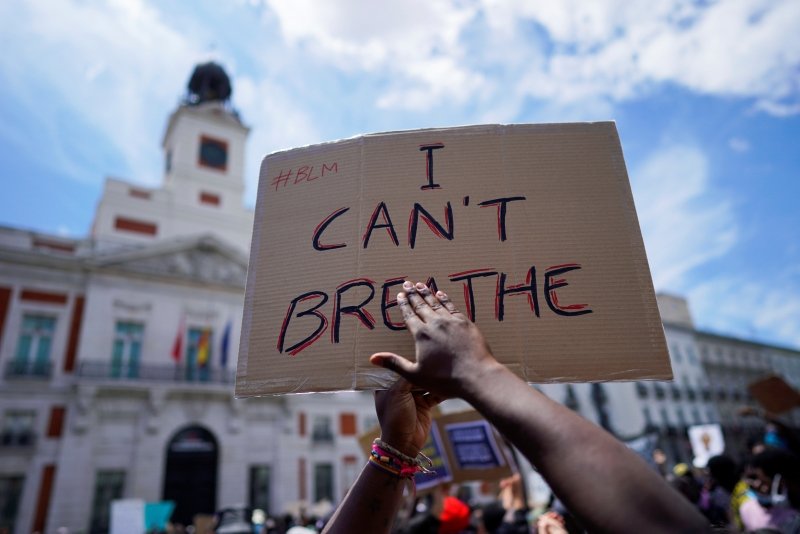 In Britain, the country’s most senior police chief said 14 officers were injured Saturday during clashes with protesters in central London that followed a largely peaceful Black Lives Matter demonstration attended by tens of thousands.

Cressida Dick, the Metropolitan Police Commissioner, said the assaults on officers were “shocking and completely unacceptable.” She said a number of arrests have been made and “justice will follow.” 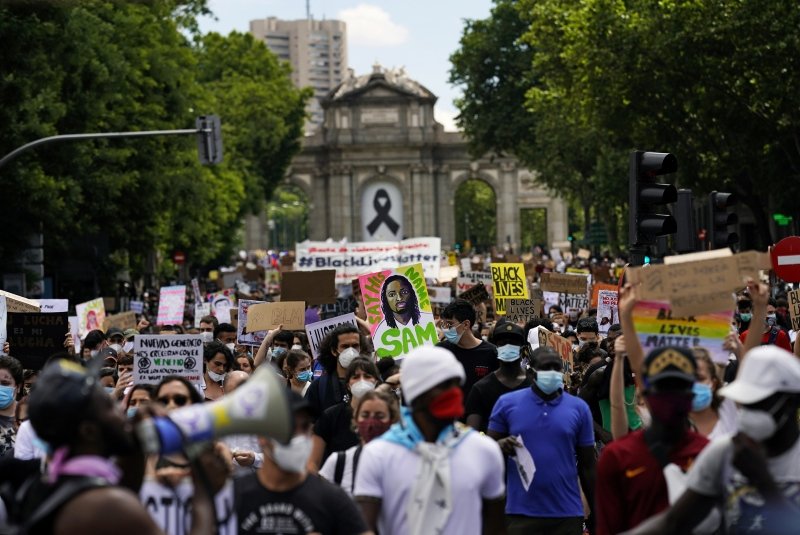 The clashes broke out in the early evening near the Downing Street office of British Prime Minister Boris Johnson.

Video footage online showed one police officer colliding with a traffic light when her horse appeared to have bolted. The Met Police said the officer was taken to the hospital and her injuries are not life-threatening.

In Frances’ southern port city of Marseille, police fired tear gas and pepper spray in skirmishes with protesters who hurled bottles and rocks after what had been an emotional yet peaceful demonstration.

The Marseille protest was one of several Saturday that attracted 23,000 people across France, where Floyd’s death has shone a spotlight on similar French police abuses and given voice to complaints from minorities that they are frequent targets of harassment and worse from French police. 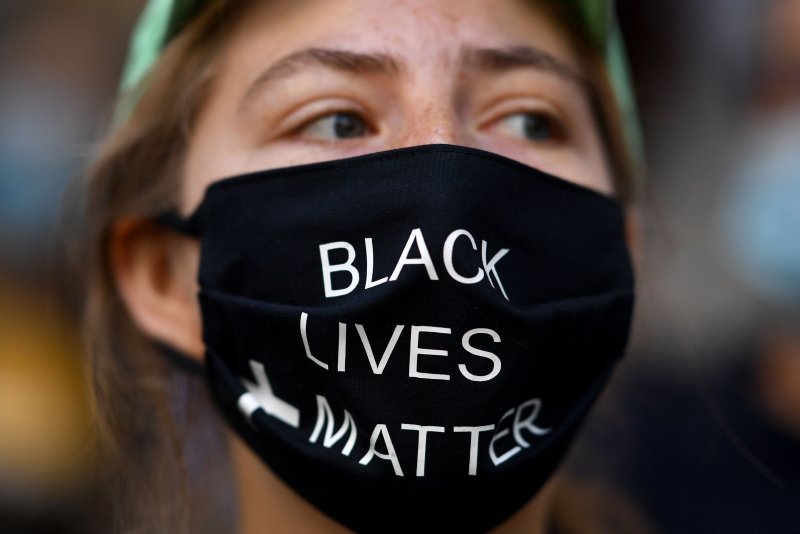 In Hong Kong, about 20 people staged a rally in solidarity with the Black Lives Matter movement on Sunday outside the U.S. consulate in the semi-autonomous Chinese city.

“It’s a global issue,” said Quinland Anderson, a 28-year-old British citizen living in Hong Kong. “We have to remind ourselves despite all we see going on in the U.S. and in the other parts of the world, black lives do indeed matter.” 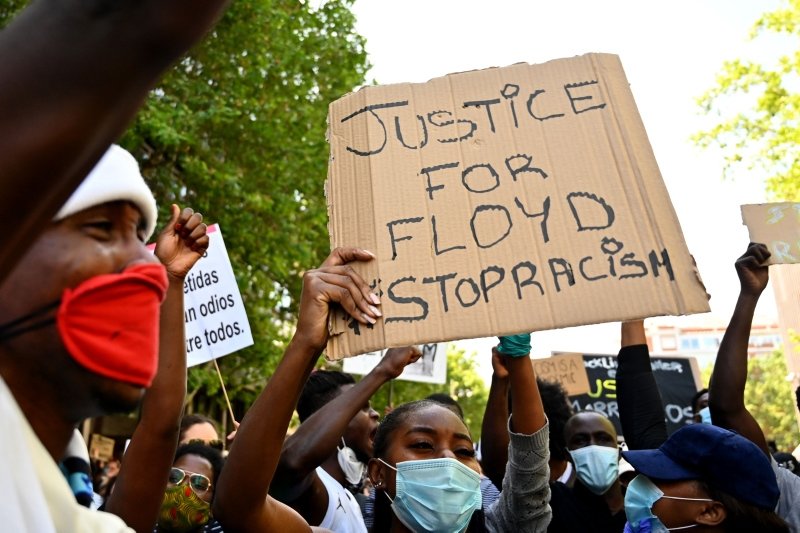 Organizers called off the Hong Kong rally late Saturday because of the city’s coronavirus restrictions. Those that still showed up gathered in groups of eight to follow size limits on public gatherings.

Among those at Sunday’s rally in Rome was 26-year-old Ghanaian Abdul Nassir, who is studying for a masters in business management at one of the Italian capital’s public universities.

“It’s quite unfortunate, you know, in this current 21st century that people of color are being treated as if they are lepers,” Nassir told The Associated Press. He said he occasionally has felt racist attitudes, most notably when riding the subway. 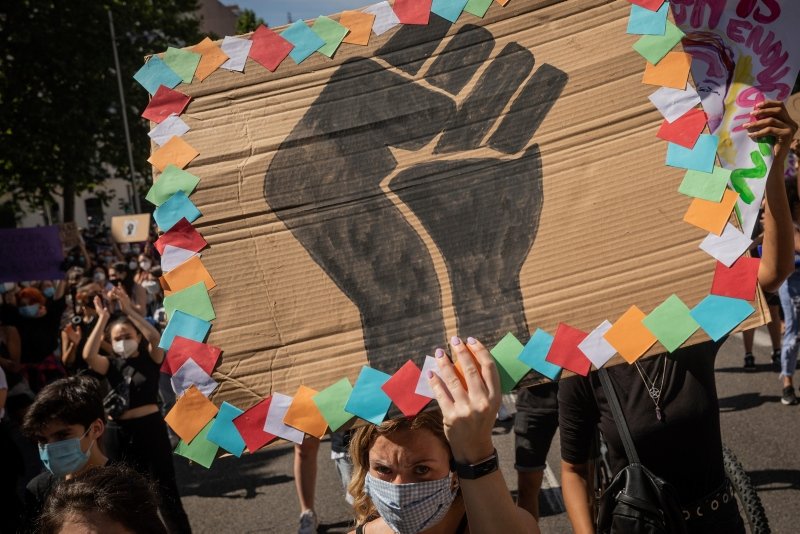 “Maybe you’re finding a place to stand, and people just keep moving (away) and you’ll be, like, ‘What?'” Nassir said: “We’re strong people but sometimes everyone has a limit.”

Asked by broadcaster SKYTG24 whether Italy has a racism problem, Berhane replied: “There are some problems in the country if all these people turned out.” 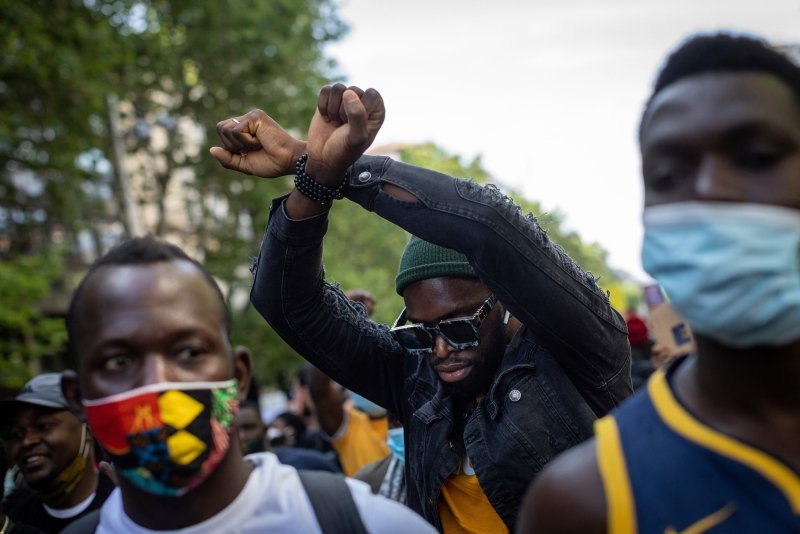 The gathering was useful, she said, to help people develop awareness of the problem.

At one point, the protesters, most of them young and some with children or siblings, took the knee and raised a fist in solidarity with those fighting racism and police brutality.